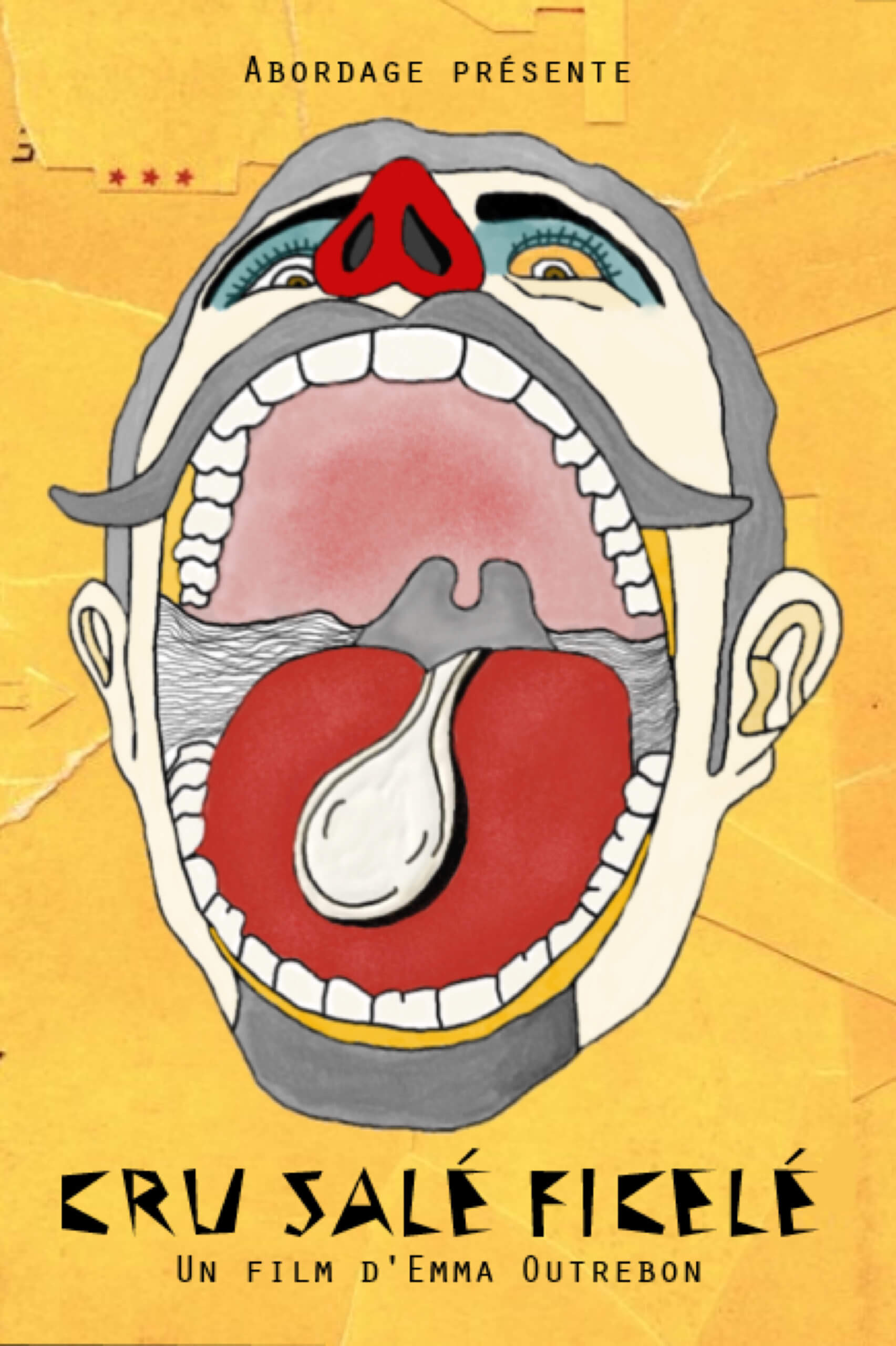 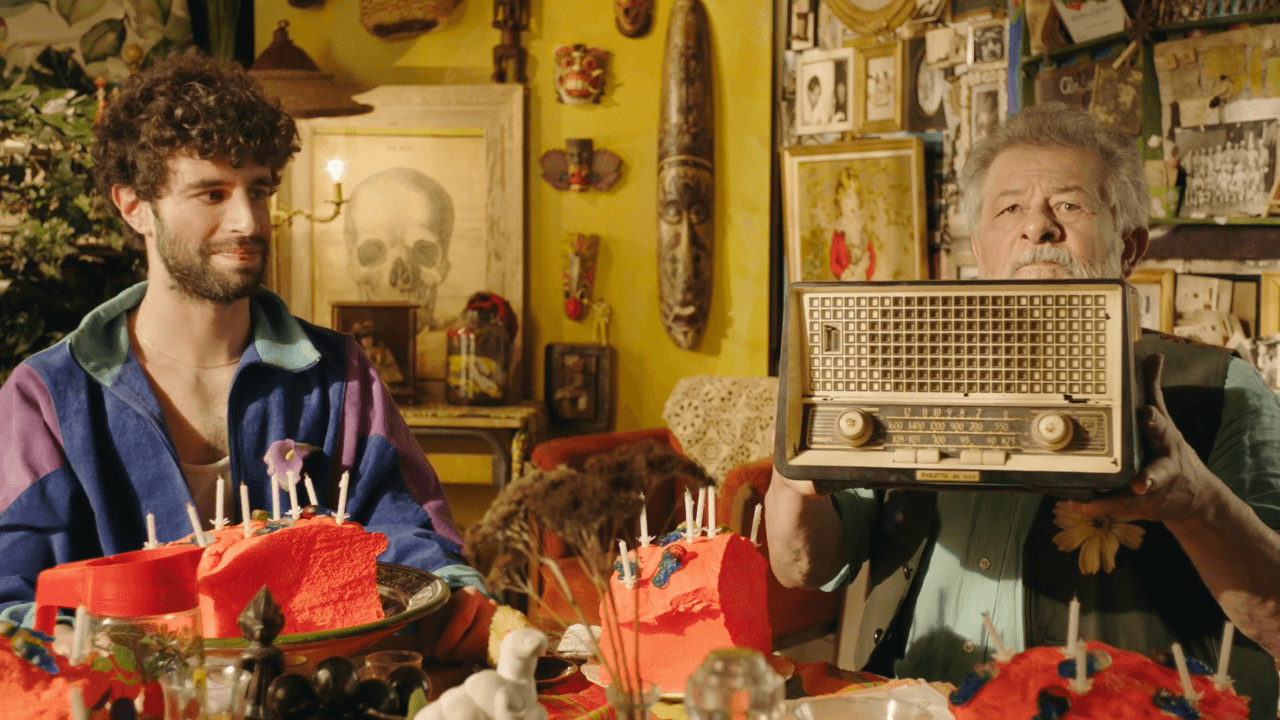 Synopsis: Disguising his need for love by announcing his impending death? That’s what Maurice Cabillot plans to do today as he celebrates his “final birthday meal”. The witnesses around this table? His own family: three generations of women and Nino Belœil, the newcomer to this tribe. With the help of Off, his trusty handheld radio, Maurice strives in vain to make heard his scream of love and despair.

Tinkling glasses, gargling liquids, rumbling bellies, six creaky chairs, one scene from the jungle, the whisper of a guillotine and an uninvited talking radio: these are a small sample of the sounds that populate the absurd world of Cru, Salé, Ficelé. Supervising the film’s sound across production and post-production, I was able to oversee from start to finish the construction of a universe greatly influenced by the cinema of Jean-Pierre Genet and Michel Gondry. Inside this richly decorated interior, a set more reminiscent of Ali Baba’s cave than a dining room, I understood that the sonic identity of this film would be guided by a spirit of burlesque and strangeness.

Working with a large onset crew allowed us to record a solid section of direct sound. This paved the way for a process of fine-tuning the balance between additional sound effects and the visual universe. I experimented with sound design and Foley effect to bring new materials to the storytelling. Some sounds link to images directly, like the slimy texture of a plate of sauerkraut, which heightens the excruciating atmosphere of the lunch. Others introduce new elements, disconnected from the visible: the addition of underwater noises, for example, to render a sequence shot in peaceful country fields sinister, even uncanny. Off remains the greatest example of sound writing. Fully incarnated in his lo-fi radiophonic voice, Maurice’s loyal sidekick makes for an unexpected omniscient narrator to break the fourth wall of the dinner table.