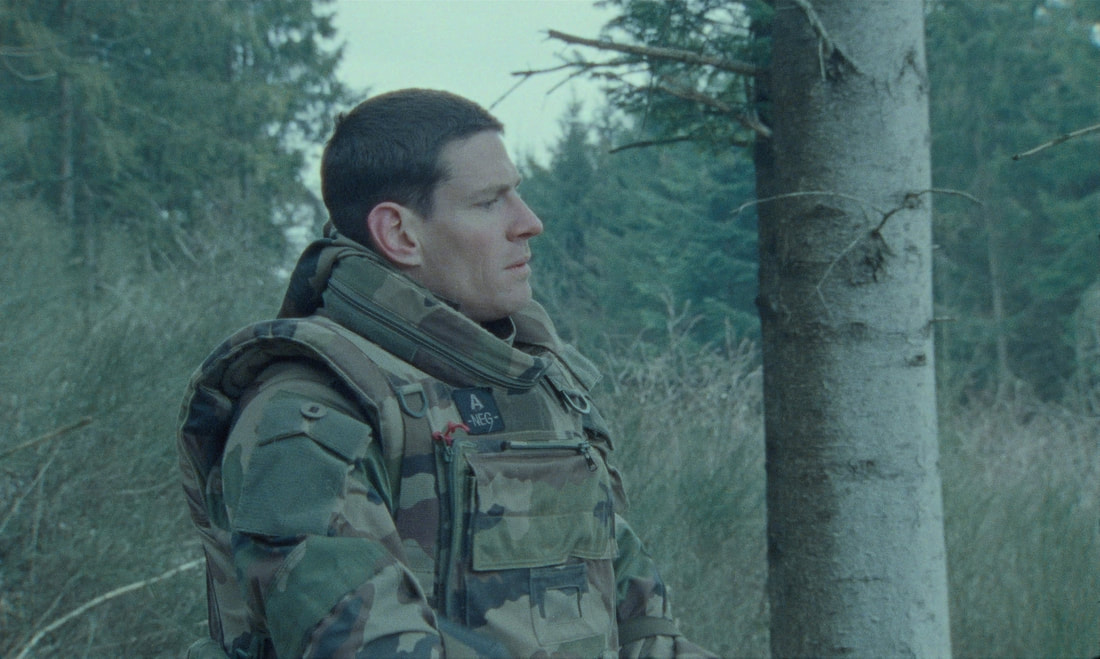 Synopsis: Two young men in army uniform lose their way in the forest.

J’avais un camarade (I once had a comrade) paints an interesting picture of the relationship between its characters and their surroundings, whose sounds differ subtly from their real setting in the Vosges Mountains. In its original rushes, the film unfolded in the middle of a dense mountainous forest, where all human sounds were muffled by strong winds, air currents and rustling leaves. This wild atmosphere could have been used to convey nature’s engulfing of the two rookies but, instead, the director chose to emphasise the men’s own sonic presence and their increasing withdrawal, from other “comrades” and from one another.

In order to forefront the characters in this way, I first needed to clear much of the ambient sound using de-noise tools. This I replaced with a softer background palette, highlighting the actors’ dialogue and movement and enhancing them with additional Foley effects. The loneliness of the protagonists becomes the film’s central focus.